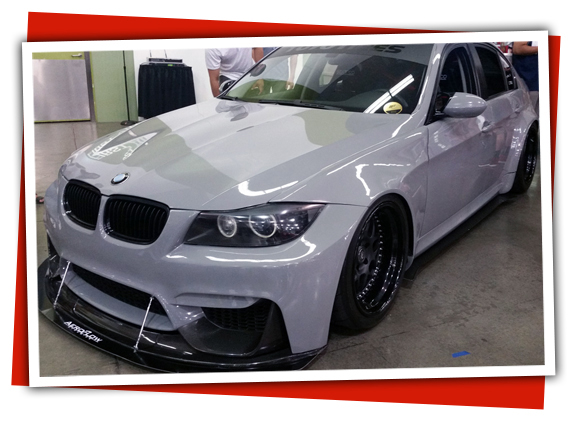 We often get contacted by customers to replace the rod bearings in their BMW. The discussions with customers can often be time consuming as they have a lot questions and they need to be educated on mmany issue involving the repair work.  Often times a deep dive into the various BMW forums makes things confusing as not all the information is correct. There is a lot of information on the web regarding the BMW rod bearing issues and much of it either just skims the surface of the issue or it can be inaccurate and have conflicting information.

I felt that it was time to publish a helpful article on our blog that is not overly technical.

Rod bearings failure in any engine is often catastrophic and requires a major engine overhaul and sometimes, a complete replacement of the engine. BMW is not the only car manufacturer to have engine bearing issues. It is just the most widely known of recent times because it has affected several of the world’s most popular BMW car chassis, the E46 M3, the E90 M3, S60 M5 and S63 M6.

The S54 rod bearing failures is mostly due the changing of oil standards and infrequent oil changes. There have been rod bearing failures due to an occasional defect in the engine building process at the BMW Factory. However, such failures were not endemic in nature and didn’t follow a consistent defective pattern. Unfortunately, occasional failures resulting in spun bearings, broken rod caps, and stripped rod bolts were often caused by a lack of oversite at the factory. The primary cause of connecting rod bearing failure in the S54 engine found in the E46 M3, is that BMW had the oil change intervals too long. These cars should have been getting oil changes every 5000 miles instead of every 8K to 11k miles. The lubricating properties of the oil would break down during long oil change intervals due to natural degradation of the oil plus fuel and vapor contaminants from the combustion process. The other main cause was the rod bearings were originally designed for motor oils with a high ZDDP Content (zinc dialkyldithiophosphate). This was found in motor oils which met API SL standards at the time. Unfortunately, for emissions reasons and to further protect catalytic converters, oil manufacturers have since moved on to different specifications that greatly reduced the ZDDP additive, including the most popular high performance and racing motor oils of the same weight specifications. Current oils that may mention the SL standard will still have reduced amounts of ZDDP. In order to increase the longevity of your engine bearings, it is necessary to use a ZDDP motor oil additive during your oil change such as those made by Eastwood, Rislone, Amsoil Z-Rod, or Lucas.

The S65 and S85 BMW engines were developed from BMW’s F1 race engine program. For economic purposes, components such as titanium rods were replaced with forged steel components, while keeping the rods at an extra narrow width and using thinner engine crankshaft and rod bearings with reduced clearances. As with the S54 motor, the components needed the high ZDDP SL spec oils and frequent oil changes. Out theory is that the bean counters at BMW decided not mention this to customers or put the more frequent oil service intervals in the standard maintenance requirements for the E90 M3, E60 M5, and the E63 M6 in an effort to save money on factory service warranties.

In our experience of performing rod bearing replacements and engine rebuilds of the motors we found that the stock bearing clearances were too tight at .001”.  The industry recommended standard is .0025”. The clearance of .001” is too small to allow for proper lubrication of the bearings. In addition, the side clearance allowed for the crankshaft rod bearing journals is too narrow and impedes allowable expansion of the components due to heat. This is witnessed on the engine bearings having bluish/purplish heat plumes extending inwards from the sides of the rod bearings and heat discoloration on the bearing rod ends. The general consensus is to replace the rod bearings at 60,000 miles with special coated bearing to help alleviate friction issues and improved handling of the heat caused by expansion and the resulting increased friction. However, we have seen many engines fail prior to this 60k interval. Although we do the standard rod bearing replacement for customers, we strongly encourage removing the engine and regrinding the crankshaft to allow for thicker bearings and improved clearance. This is the only way to guarantee S65 and S85 engine longevity. Unfortunately, this can be cost prohibitive to many. Those that can afford a proper engine rebuild will often opt for better pistons and rods and other performance measures.

Looking for an affordable alternative to the high service pricing at the local dealership? Sprint Motorsports can help. Owned by an ASE Certified Master Technician and supported by a team of ASE certified mechanics who receive ongoing training in automotive technology and auto repair services, we’re proud to be able to offer you dealership quality knowledge and experience without dealership pricing! 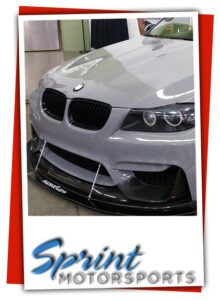 At Sprint Motorsports, we take pride in caring for our customers, and are invigorated by the opportunity to provide competent and comprehensive automotive repair services. We strive to be the leading repair, tuning, and race facility in the  San Jose area while providing you personalized, detailed, and friendly service. Our relationships are built on trust, communication, integrity, and commitment to our purpose; to be the best shop we can be to you, the customer.

To schedule an appointment for to replace your BMW Rod Bearings, please contact service@sprint-motorsports.com or 408-831-3730. We welcome you to stop by our shop at 2099 S 10th St, Unit 40, San Jose, CA 95112. If you have any questions about your auto’s performance or maintenance, don’t be shy about asking our friendly staff for assistance.