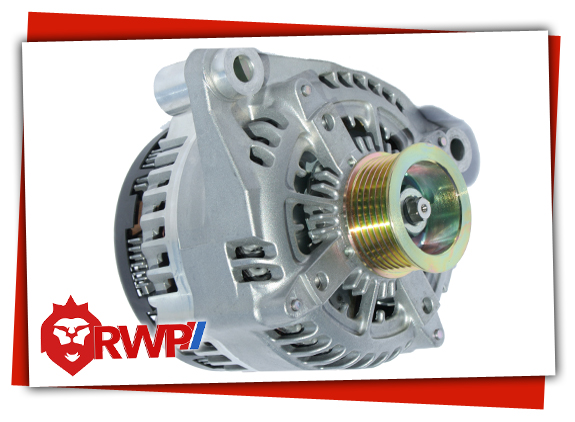 The alternator  (AC Generator) is one of the primary components of the charging system and electrical system in your car.  The alternator is an accessory device mounted on your engine that generates electricity with a belt driven pulley by being turned or rotated by your running engine.  After the engine is started and while running, the Alternator serves to supply the electrical needs of your car and charge the vehicle battery.

The alternator sends electrical energy through the battery to keep it fully charged and to power the electrical needs of your car. During times of engine starting and engine idling, the alternator is not driven fast enough by the engine to support the electrical demands of the car.  Therefore, the car will draw the extra energy it needs from the battery.  When the vehicle is moving and the engine rpm (revolutions per minute) approach 2000 rpm and higher, the alternator will turn fast enough to generate and supply the electrical load of the car.  When the car is driven, a healthy alternator can supply more energy than the car’s electrical system needs, with the excess energy is being used to charge the car battery.  During times of peak use, we want to know if the alternator can meet and exceed the electrical demands of the car.   An example of peak use, is a cold rainy night with the vehicle heater at full blast, windshield wipers on, bright headlights on, seat warmers on, stereo, and window defrosters.  An accurate assessment of the health of an alternator is obtained when it is tested under conditions that simulate peak load, with the engine running at 2000 rpm, and a healthy and fully charged battery.

In the past, the amount of voltage supplied by the alternator was regulated internally by a voltage regulator or rectifier.  Due to the growing numbers of onboard computers, in-car networks, and amenities of the modern car, electrical loads have vastly increased while needing to be more tightly controlled.  Therefore, voltage regulation has been transferred to a centralized computer. Many vehicles  are now using high-powered alternators that produce a lot of heat and need to be cooled by the car’s cooling system.  BMW was one of the first manufactures to employ a water cooled alternator controlled by a central computer, known as a Power Module, for all of its electrical systems in the E65 745i 7 series chassis. 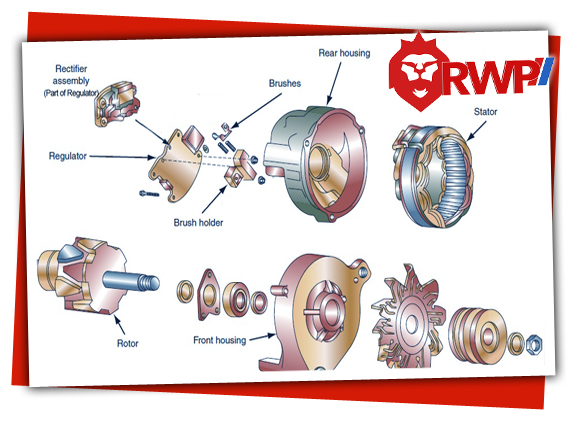 Alternator  – How it works-simplified explanation?

An alternator is a device that uses a rotating iron shaft wound with very thin copper wires and surrounded by interlocking iron fingers and creates what is referred to as a Rotor (field winding). The ends of the windings are connected to a regulated voltage source from your battery. When the rotor is energized, the interlocking iron fingers act as alternating north and south poles of a magnet. Surrounding the iron shaft is the housing of the alternator which has 3 strands of thick copper wire wound along its inside face. These wound groups of wires are referred to as windings and together with the outer housing are known as the stator (because it is stationary). As the rotor is spun, its electrical charged magnetic fields break across the windings of the stator and generate an Alternating current referred to as AC voltage. The AC voltage flows through a set of one-way electrical gates called diodes. The assembly of diodes is called the rectifier (inaccurately referred to as Voltage Regulator).  The diodes convert the AC voltage into Direct Current (known as DC Voltage) and send the generated current back through the electrical system of the car to be consumed and to replenish the energy in the car battery. As you can probably imagine, it takes energy to make more energy. In the case of your car, you need a little bit of electricity from the battery, and the mechanical driving action of the engine to create greater amounts of usable energy.

If you have an old or dying battery that can’t supply the alternator with at least 12.6 Volts of energy, the rest of your car isn’t going to get the electricity it needs to run all of its systems efficiently.  In cases of a dying battery, the rectifier has to work harder to sustain a higher DC Voltage output to maintain system power, thus shortening its life and causing a premature alternator replacement. This is why it is important to check the battery and the rest of the charging system and replace it early to prevent a more costly alternator replacement.

Symptoms of Wear or Failure 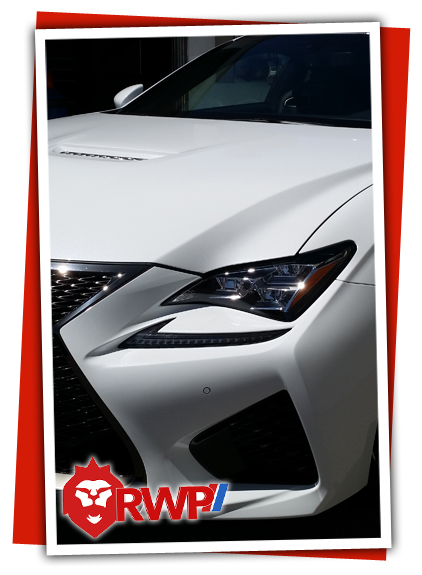 Sprint Motorsports celebrates the glory of the automobile in all its forms. We take pride in caring for our customers, and are invigorated by the opportunity to provide competent and comprehensive automotive repair services. We strive to be the leading repair, tuning, and race facility in the San Francisco Bay Area while providing you personalized, detailed, and friendly service. Our relationships are built on trust, communication, integrity, and commitment to our purpose; to be the best shop we can be to you, the customer.

To schedule an appointment for major or minor service, please contact service@sprint-motorsports.com or 408-831-3730. We welcome you to stop by our shop at 1070 Dell Ave Campbell, CA 95008. If you have any questions about your auto’s performance or maintenance, don’t be shy about asking our friendly staff for assistance.