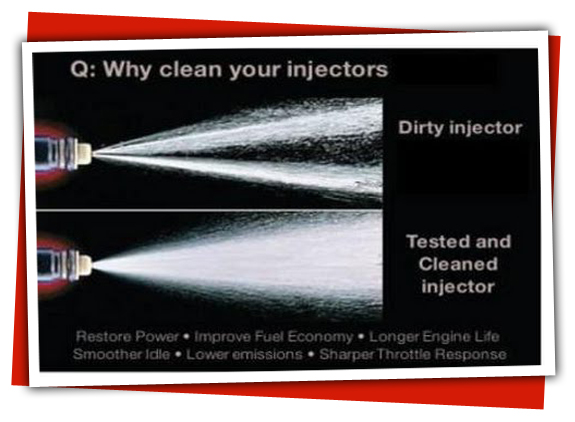 Fuel Injection Service is a general preventative maintenance service to clean the fuel injection and intake system of the car. A proper fuel injection service involves adding chemical cleaners to the fuel system and manually injecting a mist of strong chemical treatment into the air intake system (intake manifold) of the car to clean out carbon deposits that can buildup and cause various drivability issues and engine error codes.  As of the date of this article, most shops offer this service in $300- $400 price range.  Any prices below or higher than this range should be questioned by the customer, as to exactly what products they are using and the process involved.

Even with the advanced detergents and additives of modern fuel, solid contaminants and foreign oils and chemicals can still enter your car’s fuel system and wreak havoc. Most often, the foreign material is picked up from the storage tanks at fuel stations. Most contaminants are picked up by the fuel filter. However, some of the foreign chemicals and small particles can still get past the filter and gum up the valves of the fuel injectors.  The result is often poor atomization of the fuel sprayed from the fuel injectors which can cause emissions related problems, poor fuel economy, power loss, misfires, and engine related codes that may be mistaken for bad catalytic converters or oxygen sensor failures.

In a Fuel Injection Service, the chemical method of injecting a special cleaning solution into the intake manifold system of a running car is actually a process of decarbonizing the engine. It involves the removal of carbon deposits from the engine. Carbon deposits look similar to over cooked and burned food particles on your oven surface at home. Carbon buildup in your vehicle’s engine can result in your car having poor performance, bad fuel economy, lack of power, and compression loss. A myriad of engine fault codes ranging from oxygen sensor codes, catalytic converter efficiency codes, to misfire codes can become present.

Your motor gets very hot near its valves and combustion chambers. Carbon buildup is produced by the heat in combination with particles that get past the engine air filter, oils and gaseous byproducts from the emissions systems of your car such as the EGR and PCV systems.  This sticky carbon material builds up inside your intake manifold, on your intake and exhaust valves, and combustion chambers of your motor.

The Fuel Injection Service is effective if it is performed every 15,000 to 20,000 miles of driving or every 2 years. When a fuel injection service is performed regularly, it can prevent serious and costly engine repairs, such as removal of the cylinder head for extensive cleaning or valve train damage. We have seen cars that had such severe buildup of deposits in the intake, that they were behaving as if they were trying run marathon breathing through a straw. They had no power, would stop running when the throttle was pressed, and had a lot of engine malfunction codes. The only solution was an expensive removal of components for physical cleaning. 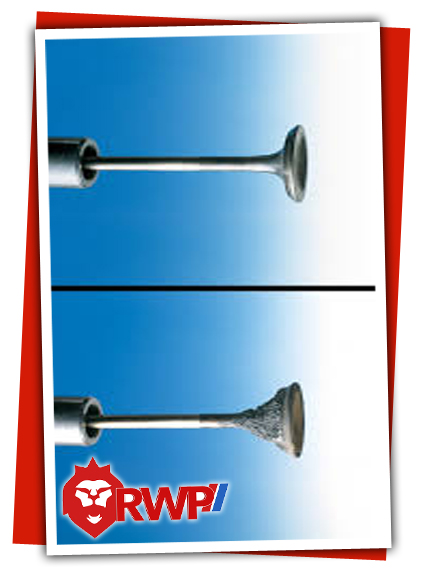 To schedule an appointment for auto repair, major or minor services, please contact service@sprint-motorsports.com or 408-831-3730. We welcome you to stop by our auto repair shop located at 2099 S 10th Street, Unit 40, San Jose, Ca 95112.  If you have any questions about your car’s repair needs, performance, or maintenance, ask our friendly and expert staff for assistance.