Save Money and Keep Your Catalytic Converter Environmental Friendly 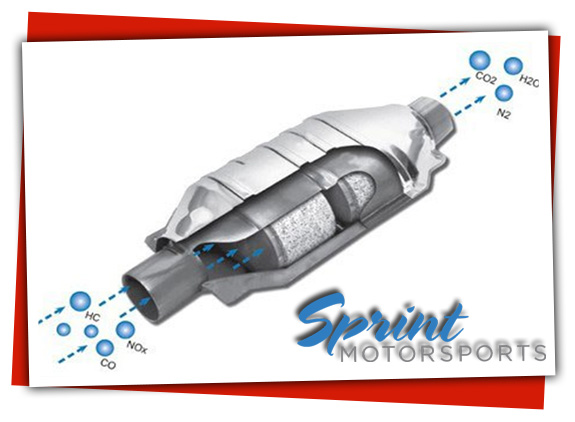 25 Apr Save Money and Keep Your Catalytic Converter Environmental Friendly

A properly running gasoline powered car will save you money by keeping your catalytic converter environmental friendly and  prolong its useful life by many years. Catalytic Converters are expensive to replace because they use expensive and rare heavy metals such as platinum, palladium, and rhodium in a honeycomb like core to scrub your car’s exhaust. It converts your car’s harmful engine exhaust gases by complex chemical reactions into the harmless byproducts of carbon dioxide and water. Catalytic Converters are only capable of eliminating about 90% of the harmful exhaust gases produced by a properly running and healthy gasoline engine. OEM Catalytic converters can cost up to several thousand dollars each. Less costly aftermarket ones are available for some cars on the market but they only last a couple years. On the other hand, the OEM Catalytic Converters can last up to 10 years on a well maintained engine. In the long run, constantly having to spending money on cheap catalytic converters every couple of years will be more expensive than replacing them with a long lasting original unit from the vehicle manufacturer.

These are the top catalytic converter killers:

Contact us at SPRINT MOTORSPORTS to schedule an appointment for a check engine light issue, engine performance issue, catalytic converter replacement, or other auto repair services, please contact service@sprint-motorsports.com or 408-831-3730. We welcome you to stop by our shop at 2099 S 10th St Unit 40,San Jose, CA 95112. If you have any questions about your car’s performance or maintenance, don’t be shy and ask our friendly staff for assistance.