Oxygen Sensors and Their Importance 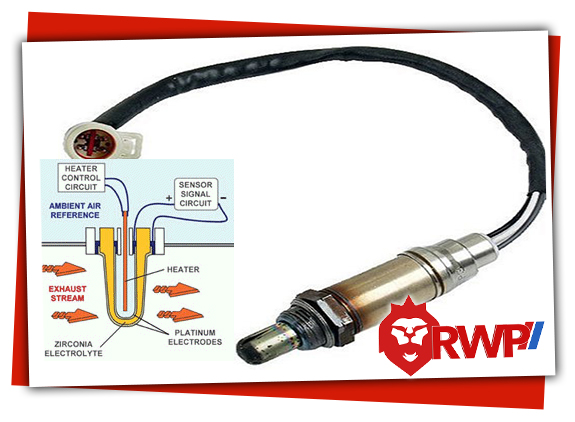 17 Oct Oxygen Sensors and Their Importance

Oxygen Sensors and Their Importance

Sprint Motorsports knows the importance of Oxygen Sensors. Oxygen sensors also known as Lambda sensors are one of the main communication sensor/electronic devices on your vehicle. This sensor helps maintain a stable fuel ratio of 14.7:1 parts of air to fuel by metering and analyzing the oxygen flowing through your exhaust systems.  The sensor was developed by Robert Bosch GmbH Company in the late 1960 and facilitated by Dr. Günter Bauman.  The original sensing element is made with a thimble-shaped zirconia ceramic coated on both the exhaust and reference sides of the sensor with a thin layer of platinum and comes in both heated and unheated forms. NTK has Made Improvements and redesigned Oxygen sensors in the 1990s by using a high temperature co-fired ceramic (HTCC), the current style of the sensor is more efficient than original style sensors. 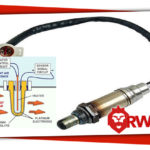 Check Engine Light on Due to bad O2 sensor

Oxygen sensors wear out after time and use. They are actually a common trigger for your check engine light to illuminate. Oxygen Sensors generally last about 100k miles, but can start to fail even earlier.  At Sprint Motorsports we recommend replacement at 90,000 miles and incorporate the replacement option into our vehicle maintenance schedules as preventive care.

The oxygen sensor undergoes tremendous heat of up to 1300 degrees Fahrenheit while it meters the exhaust.  The sensor eventually gets caked with byproducts of combustion, such as sulfur, lead, oil ash, an fuel additives.  Fumes from some aftermarket gasket sealers can also create issues. The use of poor quality fuel or using the wrong octane gasoline can also contribute to their failure.  Things like not replacing sparks plugs or air filter on time can harm and speed up the wear process of the oxygen sensor, by promoting bad combustion processes in the engine and letting particles of unburned fuel, grime, or dirt into your emission system.  The contaminants make it difficult for your oxygen sensor to operate correctly and send the correct voltage signal to your engine computer (often referred to as PCM or ECM).  Staying on top of your car maintenance will help the longevity of your Oxygen sensor/s.

Why is it better to have a shop diagnose my oxygen sensor?

Many factors can play into setting an oxygen sensor code. We would highly recommend taking your car into a reputable shop such as Sprint Motorsports for diagnostics.  Most of the time, when there is a check engine light for an oxygen sensor, it is related to a problem in the combustion process within the engine. The oxygen sensor is simply detecting the issue .  Throwing money at parts is never a good idea. In the case with the oxygen sensor,  there are many possibilities for the light to get triggered.  Any time a check engine light is on, it is best to have a professional diagnose it, because the code can have many different fixes for the reported issue.  Having rich or lean engine running condition or many other issues can be the culprit. Other examples include vacuum leaks in the intake system, weak combustion, leaking exhaust system, leaking fuel injectors, bad electrical connections, open or shorted wires, or maybe the PCM can be at fault.  Just replacing the Oxygen Sensor/s most often does not always fix the problem. We highly recommend getting your car diagnosed and fixed properly the 1st time.

How many oxygen sensors does my car need or have?

California started to mandate the use of the oxygen sensor in 1981, to help lower and regulate emissions. Most vehicles back then had anywhere from one to two oxygen sensors depending on how many cylinder banks the engine had.  The sensor location which is referred to upstream or pre-cat meaning the oxygen sensor is placed ahead of the catalytic converter was required to help regulate the fuel-air ratio to obtain lower emissions. Later, in 1996, when ODB-II requirements became standardized, emission regulations became more strict.  A downstream or post-cat oxygen sensor, was required to be installed behind the catalytic converter in the exhaust system. Cars can have one to two oxygen sensors per cylinder bank depending on the age of the vehicle. Over all most cars today have a minimum of two oxygen sensors in 4-cylinder and 6-cylinder inline engines or four sensors if there is two cylinder banks such as a V6 or V8 engine.

Do the Upstream and Downstream oxygen sensors do the same thing?

These sensor actually perform different duties The upstream oxygen sensor’s job is to regulate the fuel-air ratio by sending a voltage signal to the computer to inform it,  if it is running to lean or to rich. The engine computer will then make corrections by either subtracting fuel or adding fuel. This accomplished by controlling the on and off time of a fuel injector during a combustion stroke.

The Downstream oxygen sensor’s main job is to check for catalytic converter health and to help the engine better regulate its combustion process over a longer average span of time. This is completed by comparing voltage data from both front and rear o2 sensors.

At Sprint Motorsports, we take pride in caring for our customers, and are invigorated by the opportunity to provide you competent and comprehensive automotive repair services. We strive to be your best car repair, service, and race facility in the San Jose Area while providing you personalized, detailed, and friendly service. Our relationships are built on trust, communication, integrity, and commitment to you.

We stand behind our work with a 2 year warranty on repair work!*

To schedule an appointment to for a diagnosis or to have your Oxygen Sensors inspected, please contact service@sprint-motorsports.com or 408-831-3730. We welcome you to stop by our shop at 2099 S 10th St, Unit 40, San Jose, Ca 95112. If you have any questions about your car’s performance, auto repair, or maintenance, don’t be shy and ask our friendly staff for assistance.