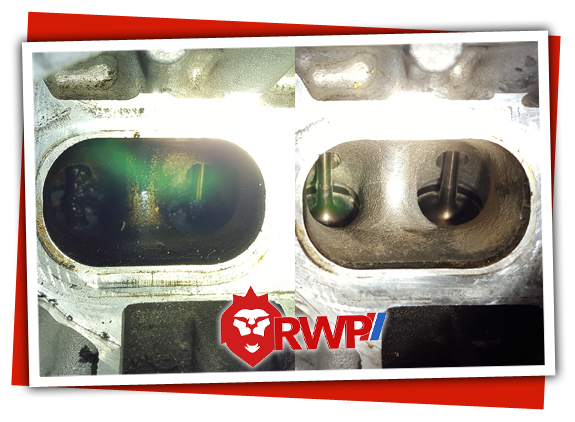 Engine Decarbonizing: Why it is needed and how is it done

In simple terms, Valve Decarbonizing or Engine Decarbonization of an engine involves removal of carbon deposits from the engine, using either mechanical (physical) or chemical methods. Your engine gets very hot near its valves and combustion chambers. The heat in combination with oils, dirt particles, and other gaseous byproducts from the intake filter housing and the emissions systems of your car (EGR and PCV) mixes to cause a sticky buildup of material inside your intake manifold, and on your intake and exhaust valves of your engine. The buildup is often referred to as Carbon Deposits. It looks similar to over cooked and burned food particles on your oven surface at home. Carbon buildup in your vehicle’s engine can result in your car having poor performance, bad fuel economy, lack of power, and compression loss. A myriad of engine fault codes (represented by your ‘Check Engine Light’) ranging from camshaft error codes, oxygen sensor codes, catalytic converter efficiency codes, to misfire codes can become present. 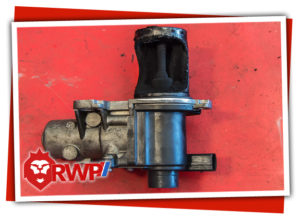 The chemical method of decarbonizing often involves a combination of pouring a detergent additive into the fuel tank and manually injecting a mist of alcohols and terpentines into the intake system of the engine while it is running. The chemical process is meant to help clean the valves, carburetor or fuel injectors, and intake manifold.  This process is often sold as a Fuel Injection Service or Fuel System Service.

On carbureted engines and throttle body injected (TBI) engines, it was common to have to perform a chemical cleaning of the engine’s valves and intake system periodically. Even with an engine filter, dirt was still able to get through and mix with the fuel vapors. The dirty mix would stick to the valves and buildup over time. The gasoline and diesel fuels of the past were not as clean and didn’t have the advanced detergents and stabilizers that modern petrol has. The dirty fuel would collect on the engine valves. Engine valves would often need to have some sort of chemical cleaning preferably every 10,000 miles and no later than 15,000 miles of operation.

With the advent of multi-port and direct port fuel injection, the fuel injectors were placed in the intake manifold directly behind the intake valves. Fuel is naturally a solvent. With fuel being sprayed directly behind the intake valves, engine carbon build-up became less prevalent. De-carbonization would only be needed every 60,000 miles or more. However, carbon buildup has become a big problem with direct injection fuel systems on modern cars.

As exhaust emissions restrictions have become more stringent and fuel economy standards have increased, most modern cars with Gasoline and Diesel engines have evolved to use direct fuel injection systems. Vehicles with Direct Fuel Injection Systems have the fuel injected directly into the engine’s combustion chambers. Without fuel being injected in the intake, carbon fouling of the valves has become a very common issue with vehicles requiring regular decarbonizing to stay healthy. The chemical method of valve decarbonizing is only effective if done every 10,000 miles. If the carbon buildup is allowed to become severe, a chemical cleaning won’t be strong enough to decarbonize the valves. A more invasive and stronger method of mechanical cleaning must be employed.

The procedure of mechanically cleaning out carbon deposits usually entails removal of the intake manifold/s to expose the intake valves.  This process is needed for situations of severe carbon fouling of valves. Physical removal of the hardened carbon deposits from the intake valves is accomplished by blasting the valves at high pressure with an organic abrasive that won’t damage the engine, such as ground up walnut shells (a.k.a. walnut shooter). A newer process using dry ice vapor shot at the valves (a.k.a. Dry Ice Blasting), has been successful as well. Both methods will cost about the same, with one requiring more labor, and the other costing much more in material and equipment use. If the carbon deposits are severe on the exhaust valves, the exhaust manifolds will have to be removed. Cylinder head removal for valve decarbonizing, may be required on V-type engines, slanted engines, and engines in tight engine compartments where there may not be ample room to achieve the access needed by the equipment. Also, engines that have severely blocked EGR and Air Injection ports with carbon deposits, may require cylinder head removal. 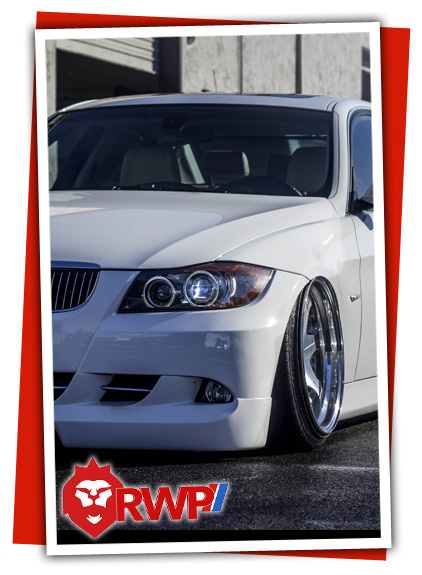 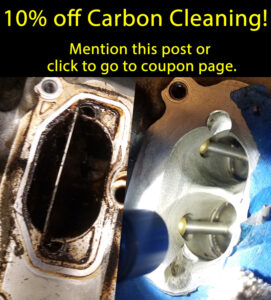 Performing a regular engine tune-up and Valve Decarbonizing on you car can restore lost power, efficiency, and improve gas mileage. At Sprint Motorsports, we are experienced experts at decarbonizing your car’s engine.

To schedule an appointment for major or minor service, please contact service@sprint-motorsports.com or 408-831-3730. We welcome you to stop by our shop at 2099 S 10th St  Unit 40 in San Jose, Ca. If you have any questions about your car’s performance or auto service, feel free to ask our friendly staff for assistance.